How to Encourage a Growth Mindset

The story, "The Garden," demonstrates how we sometimes expect our kids to grow. Frog has a beautiful garden. Toad sees Frog's garden and wants one too. So, Toad plants some seeds, waters them, and then expects them to grow into a beautiful garden - immediately.

When the seeds don't start growing right away, he does all sorts of things to hurry the process - including singing to his seeds in the pouring rain. Like Toad, when our best efforts seem to yield no results, we get frustrated.

In the story, he starts yelling at his seeds, "Now seeds, start growing!" Nothing happens, so he yells louder.

(If you need a laugh, take a few minutes to watch the video clip.)

"The Garden" from "Frog and Toad Together" by Arnold Lobel

"The Garden" from "Frog and Toad Together" by Arnold Lobel

When we have a false growth mindset and only praise our kids' efforts, it's like Toad yelling at his seeds.

The problem is, they need time and the right conditions for growth. Carol Dweck, a psychologist at Stanford University, suggests that for kids to develop a true growth mindset, we need to help them discover that with the right strategies, hard work, and resources, they can create success.

When I was in middle school, we had to participate in the Canada Fitness Program. I could manage the sit-ups. No problem. I could get through the push-ups. But, long-distance running - no matter how much effort I put into that race, I was always dead last.

And by dead last, I mean that all the other kids were already relaxing in the gym and my teacher was still waiting for me outside.

The teacher could have told me to give up because I wasn't built to run. Instead, that teacher praised the fact that I finished the race.

Regardless of the time it took me to do it - I finished.

I was motivated to do better and knew that if I didn't change something, I'd get the same result the following year. So, I practiced running, I asked for help with running techniques (apparently all running is not the same!), and I made sure I had the best running shoes we could afford.

Although I will never be a runner, I took that growth mindset and applied it to other areas of my life.

Just like my gym teacher praised me for finishing the race, rather than focusing on the amount of time it took me to run it, we need to help our kids focus on the hard work, strategies, and resources that lead to success.

When building a growth mindset, see the task and then look for the character skills, the critical thinking skills, the creativity that can be developed through completing the task. When you see beyond the task, you've hit on the praiseworthy things.

Sometimes the assignment isn't actually about the task, but about the character-building that comes from completing it. Sometimes it's about diligence, or having a good attitude while doing something you'd rather not be doing, or persevering through a difficultly. Perhaps it's about learning how to ask for help, or learning when to modify a task so that success is possible.

Develop the habit of correctly praising and it will nurture the seeds of growth mindset in your child. As their brain starts connecting hard work, strategies, and resources to success, you'll start to see them embrace a true growth mindset. And, like Toad's seeds, eventually, they'll grow and develop into something beautiful. 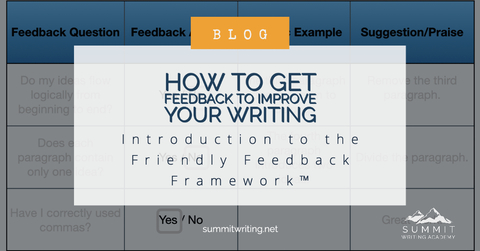 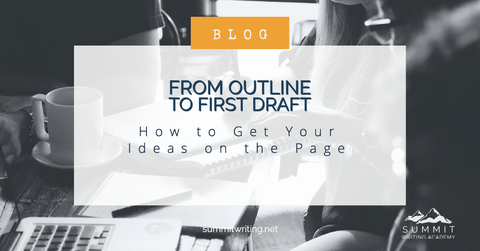 From Outline to First Draft: How to Get Your Ideas on the Page How to Sound Like a Native English Speaker: Improve your English vocabulary, speaking, and writing skills in an hour a day.